There is no doubt that Frozen on Broadway is popular among children. If you’re looking for a Broadway show to attend with your kids, chances are you’ll choose a Disney adaptation! After watching it, however, we concluded that the musical is just as popular among adults!

What is the Musical Frozen About?

The Frozen Musical is a stage adaption of Disney’s animated movie and box-office hit of the same name from 2013.

Frozen is a story about sisterly love. 8-year-old Elsa has magic powers: Anything she touches turns into ice, frost or snow. The fact that she cannot control her powers, turn them into a curse, rather than a blessing. In order to protect her fellow human beings, most of all her sister, Elsa lives confined by her powers, locked away in a castle. But her sister Anna does not know about Elsa’s powers and is left puzzled by their estrangement. The two sisters used to be inseparable.

When their parents die in a tragic accident, it’s time for Elsa to step outside and become the new queen. Instead, she decides to run away. With the help of Olaf the Snowman, Anna goes searching for her beloved sister. 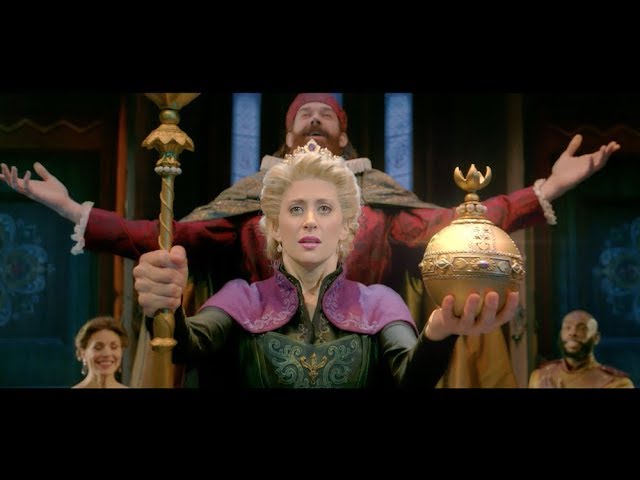 Frozen tickets start at $57 and we encourage you to secure your tickets in advance, as the show is very likely to be sold out. You can choose from 8 performances each week, including 3 matinee performances, which we highly recommend if you’re attending with kids!

The Best Seats for Frozen on Broadway

If you want to watch Frozen on Broadway, we recommend avoiding the first row of Mezzanine when attending the show with kids. It may be the case that they are too small to look over the reeling comfortably. You’ll be much happier with Orchestra seats in St. James Theatre.

Frozen has been nominated for three Tony Awards, but unfortunately didn’t get to take home any. Even without a Tony Award, this Disney Broadway musical has been popular right since its debut in 2018 and more often than not, has sold out shows. The highlight of the musical is the performance of “Let it go”. It is guaranteed to give you chills!

The original Frozen Broadway cast includes Caissie Levy as Elsa, Patti Murin as Anna and Greg Hildreth as Olaf the Snowman. You can look up the full cast on FrozenTheMusical.com.

How much are Frozen tickets?
The cheapest Frozen tickets are being sold starting at $57. The closer you get to the date of performance however, the more you can expect ticket prices to rise.

Who’s playing Elsa in Frozen?
Elsa in Frozen is being played by Caissie Levy. Before, she’s also played Elphaba in Broadway’s Wicked.