Twice a year, people flock the city’s streets to witness Manhattanhenge. The rare phenomenon is a popular photo opportunity and an event you shouldn’t miss if you are in New York at the right time.

So what is Manhattanhenge?

Manhattanhenge (also called “Manhattan Solstice”) is a phenomenon during which the setting sun aligns perfectly with Manhattan’s street grid, allowing the sunlight to beam through the East-West streets. The spectacle can be witnessed twice a year.

Where are the best spots to see Manhattanhenge?

The sun sets in the West, allowing it to stream light down Manhattan’s streets from New Jersey. Therefore, in order to see the Manhattanhenge spectacle, find am East-West street that has a clear view of the Garden State. You will have the best views of Manhattanhenge from these streets.

To see the spectacle, try to be at one of those streets at least 30 minutes earlier. The streets get extremely crowded, especially in Midtown, as everyone tries to catch a glimpse of the beautiful phenomenon. When you go there, be mindful of cars at all times. Once the traffic light turns red for pedestrians, it’s time to clear the streets!

Prepare your camera for the perfect shot!

Manhattanhenge’s strong sunbeam creates difficult light conditions. In order to snap the perfect photo, be sure to adjust your settings beforehand and take a few test shots.

You can also witness a Manhattanhenge in the winter! Because it’s the winter version of Manhattanhenge, it’s called Reverse Manhattanhenge. It allows you to witness a special sunrise in January. The experience is just as magical and absolutely worth waking up early for. The dates and times are both determined by Jackie Faherty, an astrophysicist at the American Museum of Natural History.

The sun typically lines up with Manhattan Streets shortly after 7 am and the best spot to see the phenomenon is at 41st Street & 5th Avenue. Because Reverse Manhattanhenge is lesser-known and takes place on cold January mornings, the streets are also less crowded! Yet, the time window to see a winter Manhattenhenge is also more narrow. By the time the sun rises high in the sky, there is no alignment anymore. You have to catch it just as it reaches the street level. 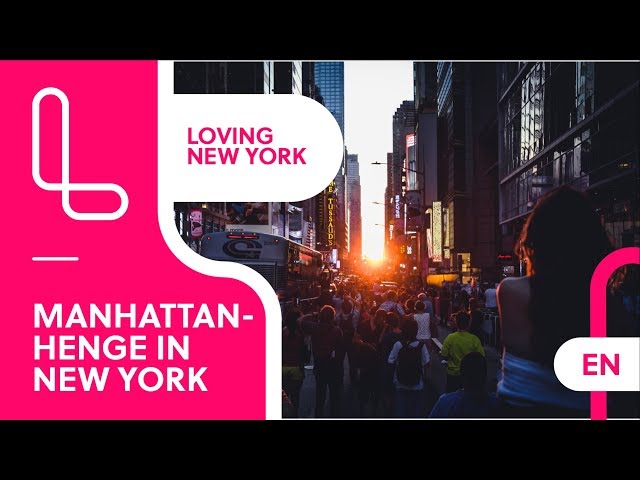