The Radio City Music Hall belongs to New York City. Just like yellow cabs, it’s what gives NYC some of its identity and aura. The theater itself opened in 1932 and has become an iconic landmark. The concert hall initially served as a cinema and later became one of the most prestigious concert halls in the world. Radio City Music Hall was designed by Edward Durell Stone and Donald Deskey.

Is the Radio City Music Hall Stage Door Tour Worth It?

During the Radio City Music Hall Stage Tour, you will learn all about the history of the world-famous music hall as well as the interior design. You’ll find out how the stage of Radio City Music Hall was built and what makes it so special. We found it incredibly exciting to visit this iconic building outside of a well-attended concert or show.

There is a lot of inside information shared with the visitors of the tour, which makes the tour really special and definitely makes you appreciate the venue even more.

Meet & Greet with the Rockettes

The Rockettes dance group is an integral part of Radio City Music Hall and has become world famous for their Christmas show, The Radio City Christmas Spectacular. With the Radio City Music Hall Stage Door Tour, members on the tour are able to meet one of the Rockettes. They talk about their schedule and provide insight into the life of a Rockette. It’s not an easy job but for a lot of them, it’s a dream come true. They have to fully commit in order to be part of the dance group and we like the transparency in that. The tour also takes you to the Rockettes’ rehearsal floor. You’re also able to ask the Rockette questions after and even take a picture with them. Also, just for your information, there are no cameras allowed on this part of the tour.

With your online ticket, you can set a schedule for yourself for one day. You will then be able to experience the tour between 9:30 a.m. and 5 p.m. on that particular day. 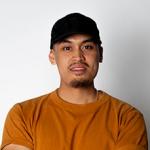