Finally, Moulin Rouge made it to Broadway! The musical has long been anticipated by both theater enthusiasts and fans of the movie from 2001. Replacing Kinky Boots in Al Hirschfeld Theatre, Moulin Rouge brings one of your all-time favorite movies to life. Yet, you shouldn’t expect a musical that’s 100% true to the original!

What is the musical Moulin Rouge about?

Moulin Rouge on Broadway is based on Baz Luhrmann’s Oscar-winning movie of the same name from 2001.

Allow me to help set the stage for the Broadway musical. The year is 1899. Englishman American Christian is a young writer who has come to Montmartre, Paris to find both his muse and himself. In the Moulin Rouge, he meets the beautiful cabaret actress and courtesan Satine. The two fall deeply in love with each other. The problem? Satine has been promised to the Duke by her manager at the Moulin Rouge. As the two lovers carry out their affair behind the back of the paranoid Duke, it is revealed that the relationship between Satine and Christian has not been the only secret. 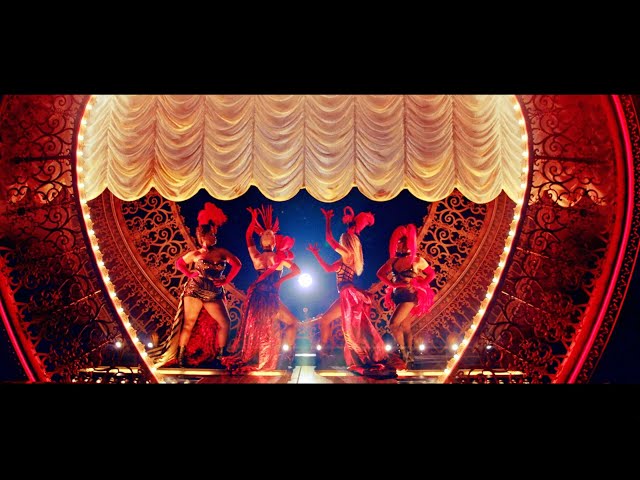 The best place to get Moulin Rouge tickets is online. It is currently one of the most popular musicals on Broadway, which is why you should be sure to reserve your tickets in advance. Chances to get last-minute tickets are quite slim. The good news is that you have several performances to choose from. If you’re looking to get relatively cheap Moulin Rouge tickets, keep an eye out on Matinee performances.

Where are the best seats for Moulin Rouge on Broadway?

Generally speaking, the best seats for Moulin Rouge are located in the Front Mezzanine as well as Center Orchestra sections. The colors below will help you find the right seats in Al Hirschfeld Theatre for you. Typically, you can say that the better the view, the higher the ticket prices.

We were lucky to sit in the Front Center Mezzanine section and had flawless views of the show. Without a doubt, these were the best seats in the theater. We were able to appreciate the gorgeous theater and see the whole stage. It almost seemed that the show was performed only for us as performers looked us directly in the eyes.

Moulin Rouge also offers premium seating in the first few rows of Orchestra. They repurposed the front rows to house seating that resembles the real Moulin Rouge in Paris. Needless to say, these are the most expensive tickets in the entire theater. Yet, I do not recommend these seats. You will need to turn your head quite a bit during the show as the stage extends and there are many scenes on the two balconies, left and right. While you may be very close to the performers, you won’t get to see the full picture of many scenes.

Even the Rear Orchestra seats offer great views (see photos). The only downside is that you don’t get to appreciate the opulent theater as much. If these are your seats, be sure to walk up to the Mezzanine level during intermission to have a look at the theater. If you’re too far on either side, you’ll have a harder time enjoying the scenes performed on the balconies.

Moulin Rouge surely blew us away! It is one of the most entertaining musicals I have seen. The way the performers worked the crowd was unparalleled. Everybody had a great time and the applause after each musical number reflected the excitement in the theater. Moulin Rouge made sure to keep the audience entertained at all times. Before the show even started, artists on the stage set the mood for a licentious Parisian burlesque show. The final musical number even had the entire audience clapping, singing and dancing along. Everybody celebrated the show. Just be careful when they shoot the confetti; I got a piece right in my eye!

Al Hirschfeld Theatre was completely transformed for Moulin Rouge. The set and stage design is the most opulent one I have ever seen. It truly sets the scene for what it is; a musical sparkling with diamonds. Having been to the real Moulin Rouge in Paris before, I definitely felt some similarities. That was only reinforced by the premium seating in the Front Orchestra section that had little tables and special seats resembling the seating in the Paris’ Moulin Rouge. As I have mentioned before, however, I do not recommend selecting those seats if you want to get the best experience.

You don’t necessarily need to know the movie to enjoy the musical!

Now to the story. Do not go in expecting to see an identical version of the movie in a real-life musical. That is not what Moulin Rouge on Broadway achieves. Especially if you are a huge fan of the original movie like I am, try to let go of the movie or you’ll be disappointed. The musical Moulin Rouge takes on the main story while modernizing the songs and changing some details. You will still hear your favorite Moulin Rouge songs like “Your Song”, “Come What May” and “Roxanne”, but not all original songs are included. Instead, Moulin Rouge uses modernized songs in mashups for an overall positive effect. You may recognize songs by Outkast, Nelly, Rihanna, Lorde, The Police, Beyonce, Lady Gaga, Walk the Moon, P!NK, The Rolling Stones, Queen, Elvis Presley, and many other known artists. My favorite scene is the love medley between Satine and Christian. Hopefully, you’ll get to enjoy it, too.

Unfortunately, Nicole Kidman and Ewan McGregor are not starring in Moulin Rouge on Broadway. Instead, you’ll be spoiled with outstanding performances by Karen Olivo as Satine and Aaron Tveit as Christian. Before Moulin Rouge, Karen Olivo originated the role of Vanessa in Lin-Manuel Miranda’s first Broadway musical The Heights. She’s also already won a Tony Award for Best Featured Actress in a revival of West Side Story in 2009. The name Aaron Tveit should also ring a bell if you’re familiar with Broadway Shows. He is known for his performance in the production of Hairspray.

Karen Olivo and Aaron Tveit are both excellent performers. They knew exactly how to captivate the audience’s attention. I was most impressed by Karen’s voice. It was outstanding and incredibly strong. She nailed every song!

How to get to Al Hirschfeld Theatre

The Al Hirschfeld Theatre is located at 302 West 45th Street, the same street as the theaters for Come From Away, Dear Evan Hansen and The Lion King. The easiest way to get there is by taking subway lines A C E. Just get off at 42 St – Port Authority Bus Terminal and you’ll be a 5-minute walk away from the theater. If you are already in the Times Square area, you easily walk all the way in less than 10 minutes. If you want to grab a bite before the show, I recommend going to Don Antonio’s on 50th Street. They offer a wide selection of Italian dishes, but they are best known for their fried-dough pizza!

Who is playing Satine in Moulin Rouge on Broadway?
The role of Satine is played by Karen Olivo, a Tony Award-winning performer.