Hadestown dominated the 2019 Tony Awards with nominations in 14 categories. At the end of the night, they took home 8 of them, including “Best Musical”. Since then, Hadestown on Broadway has spiked in popularity. We’ve watched it and totally understand the hype!

What is Hadestown about?

The Hadestown musical tells the story of the ancient Greek myth of Orpheus and Eurydice. The two are deeply in love, but struggle to make a living. One day, when Eurydice learns about Hades’ underground factory, she feels intrigued and eventually gets lured into Hadestown. Orpheus does not hesitate and finds a way to the underworld. Hades agrees to let Orpheus leave with Eurydice on one condition: Orpheus needs to demonstrate his trust by leading the way out of Hadestown without looking back to see if Eurydice is following. Will he be able to resist the temptation and pass the test? 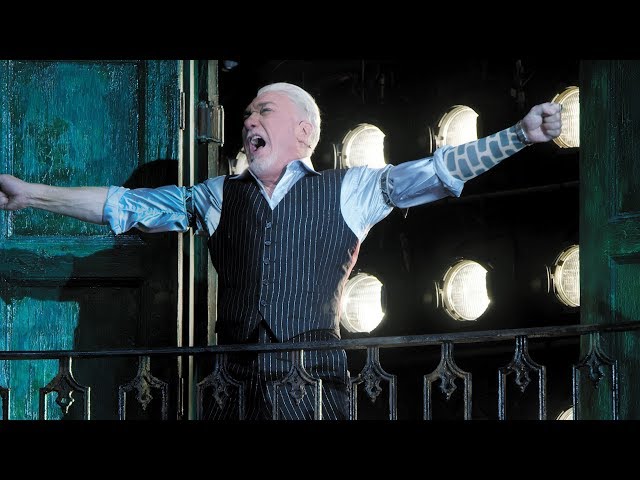 Where to get Hadestown tickets

Currently, Hadestown Broadway tickets start at $249, making it one of the more expensive shows to watch. That’s because the musical has positioned itself as the Best Musical 2019. Everyone is dying to see the Broadway show. So if you’d like to see one of the best Broadway Shows right now, you’ll have to dig deep into your pocket. No matter how much you end up spending on your Hadestown tickets, however, you will not regret it. The show is worth the money!

The best seats to watch Hadestown on Broadway

The good news in regards to Hadestown tickets is that the Walter Kerr Theatre is a very small theater with just about 1,000 seats. It’s so small that when you walk into Walter Kerr Theatre, you’re already in the Orchestra section. There is no hall in between like most theaters have. The size of the theater guarantees you good views from pretty much any seat. Even on the balcony, you won’t be too far from the stage. The angle, however, is what’s making sit in the balcony section less attractive.

I generally recommend going for Front Mezzanine seats – they’ve never failed me. That’s also the case for watching Hadestown on Broadway. These are without a doubt the best views. Even the last row in Mezzanine offers a phenomenal view.

Should you prefer Orchestra seats, try not to be too close to the stage. It’s better to be in the back than the front in my opinion. We sat in row C which is the second row in the theater, and we agreed that, for our taste, we were too close to the stage. What happens as well is that you will need to tilt your head up and maybe even to the side resulting in a not so favorable position for your neck. Even if you sit there, you’ll enjoy the show so don’t worry too much about the seats.

Hadestown is officially the best musical in 2019 and we wouldn’t disagree with that. The show impressed from start to finish which is why we highly recommend it to anyone. Whether you know the Greek myth or not, you will enjoy Hadestown on Broadway.

The songs are intriguing and incredibly catchy. Without a doubt, our favorite moment during the show was the performance of “wait for me”, one of the most popular songs in Hadestown. The performance earned a long round of applause from the audience, not only thanks to Orpheus’ musical talent but also because of the performance’s staging.

The cast is one of the strongest I have seen. Each of them specially, Hermes and Persephone never failed to catch the audience’s attention. Hermes, the messenger of the Gods, is the narrator of the story and also plays with the audience at the beginning of the musical.

How to get to Hadestown?
You can see the Hadestown musical in the Walter Kerr Theatre on 48th Street, across from Tootsie and not far from The Book of Mormon and Chicago (49th Street). Subway lines NRW will all take you to 49 St from where you’ll just be a minute away from Walter Kerr Theatre.

How many Tony Award nominations did Hadestown win?
Hadestown won a total of 9 Tonys and was nominated for 14 – that’s only two fewer than Hamilton‘s record.

Do I need to know the Greek myth in order to understand Hadestown?

You don’t need to know the Greek myth of Orpheus and Eurydice. However, there are a few references that are clever which you will only get if you do know about the myth, which is why I’d recommend looking in up before you go. Keep in mind, however, that knowing the myth will spoil the end for you. You’ll have to decide for yourself what’s more important to you.

219 West 48th Street, Manhattan, New York
Did you like this article?