The Book of Mormon on Broadway is probably one of the most entertaining musicals in New York. Since its debut in 2011, it has not only caused a lot of controversies but also won 9 Tony Awards. You can’t miss this show!

What is The Book of Mormon Musical About?

Two Mormon missionaries, Elder Cunningham and Elder Price, are sent to a remote village in Uganda to preach their religion. But soon enough, the duo will realize that the villagers have much more serious problems, such as famine, oppression and the spreading of diseases like AIDS. The conversion of the villagers is not realized as easily as they hoped and the mission takes a different course than planned. 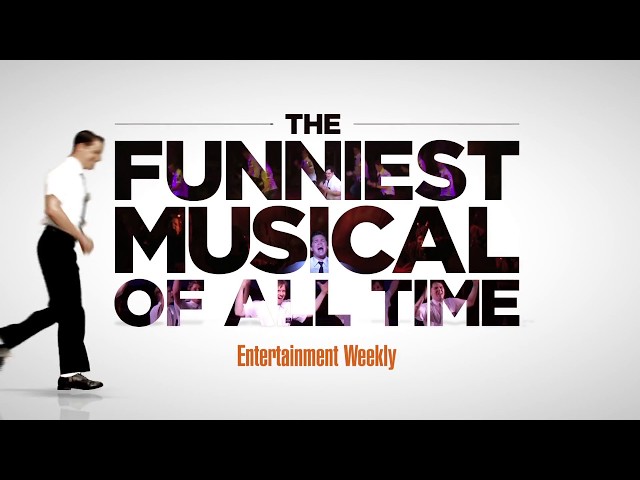 The Book of Mormon Tickets

The Best Seats for The Book of Mormon

The Book of Mormon takes place in the Eugene O’Neill Theatre on Broadway. It is a relatively small theater, meaning that you’ll have good views, even when sitting further towards the back. We recommend sitting in Orchestra rows A – M or Front Mezzanine.

One thing that we find worth mentioning is the extremely tight legroom in the theater! As I am pretty small myself, it didn’t bother me at all, however, if you consider yourself tall, you may want to choose an aisle seat to feel more comfortable during the show.

The Book of Mormon Review

The Broadway show, created by Trey Parker and Matt Stone, has won a total of nine Tony Awards and even one Grammy. It surely is an entertaining musical and one of Broadway’s highest grossing shows of all time.

Trey Parker and Matt Stone are also the creators of South Park!

Since its debut in 2011, the Musical The Book of Mormon was considered edgy and caused a lot of controversy for its vulgar and profane language. At first, you may expect a show that’s making fun of the Mormon religion entirely, but that is not true. You will see that the musical does not only mock Mormonism but religion in general. No one is spared, not even Jesus or Darth Vader! The intent of The Book of Mormon Musical is not to offend anyone, but to ultimately endorse positive power: It doesn’t matter what you believe in, as long as it can give you hope and make you stronger.

Bottom line: The Book of Mormon is an extremely funny and witty musical that tries to convey a meaningful message.

The Book of Mormon Cast

Andrew Rannells was awarded the Tony for Best Performance by a Leading Actor in a Musical for his performance in The Book of Mormon on Broadway. His exceptional talent also secured him the role of King George II in Hamilton in 2015. Also, Josh Gad is known for being the voice of Olaf in Frozen, for his role in Modern Family and the live adaptation of Beauty and the Beast, just to name a few. Female lead Nikki M. James received her first Tony Award for her performance in the musical success of Les Misérables, after leaving The Book of Mormon.

The Book of Mormon on Broadway: FAQ

Is the Book of Mormon family friendly?
No. We do not recommend bringing kids to see The Book of Mormon on Broadway. Throughout the show, you will be confronted with some vulgar language. If classify yourself as very religious, you may feel offended by certain, profane parts of the show, especially the fourth song “Hasa Diga Eebowai!”.

How to Get to Eugene O’Neill Theatre?
Eugene O’Neill Theatre is located at 230 W 49th St. Take subway lines C E to 50 Street Station or 1 to 50 St-Broadway. Both stations are equally distant to the theater. On the same street, you will also see the Ambassador Theatre, currently hosting Chicago – the Musical. If you’re looking to grab dinner before the show, we recommend going to Don Antonio on 50th Street. They serve pizza with deep-fried dough!