The Apollo Theater in NYC is one of the world’s most famous theaters. Find out about its rich history and why this Harlem landmark is a beacon for locals and visitors. You will also learn where to get your Apollo Theater tickets.

The now-famous music hall opened in 1913 as a burlesque theater. During the time period of Segregation in the United States, admission to the Apollo Theater was restricted to white patrons and performers as were many other theaters. However, the Apollo Theater in New York became the first theater to allow African-Americans not only visit but also perform. This allowed music genres like jazz, swing, bebop, R&B, gospel, blues, and soul to proliferate among a more diverse audience.

Many successful performers, including Ella Fitzgerald, Sarah Vaughan, Billie Holiday, Sammy Davis Jr., James Brown, and Lauryn Hill started their careers at the Apollo Theater in New York. Over time, even legends like Michael Jackson and Prince performed here and earned a place in the Apollo Theater Walk of Fame.

Apollo Theater in New York is particularly known for its Amateur Night where many famous performers made their debut. Apollo Theater Amateur Night’s live entertainment features a competition between performers who are rated by a tough judge – you. It’s the audience who will decide who has to go home and who will win the grand prize at the end of the night. Everyone is encouraged to verbally express their opinion of each performance, so cheer as loud as you can in support of your favorite rising star.

Apollo Amateur Nights used to be televised from 1987 to 2008. Now, you can only see it live at the Apollo Theater. Amateur Nights take place on Wednesday and tickets cost between $24 to $36.

Check out the show schedule to find all Apollo Theater events. Apollo Theater tickets aren’t even that expensive and start at $20. If you want to be a part of the audience at Apollo Amateur Night, get your tickets for as little as $24 here.

Where is the Apollo Theater?
The Apollo Theater is located in Harlem, north of Central Park. The exact address is 253 W 125th St. If you decide to go on a hop-on hop-off bus tour in New York, you will pass the theater along the Uptown route. 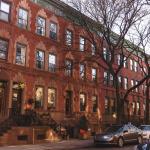 Things To Do in Harlem

Harlem is the cultural center of African American culture in the United States. It's the... 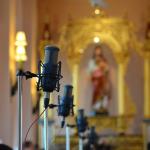 Harlem is the cultural center of African American culture in the United States. It's the...

Stop 125 Street Station
Line(s)
A C B D
Did you like this article?